One of the articles I read when I was preparing for my Labor Day post was “It’s Not ‘The Future of Work’, It’s the Future of Workers That’s in Doubt.” by Sarita Gupta, Stephen Lerner, & Joseph A. McCartin, all three labor advocates. Given that I have had several posts devoted to “The Future of Work,” it’s not surprising that this article got my attention.

They argue we should be less focused on the abstract “Future of Work” and more focused on making the world safe for workers. Without this, they suggest, inequality grows and that inevitably threatens democracy. They do not gainsay the looming issues of technology change but they say:

It is the concentration of wealth and power in this new economy, not computerization or artificial intelligence, that represents the gravest threat to our future. It is that concentration that will determine how innovative technologies are deployed and in whose interests they operate. The future of work will be determined by who wields power and for what purposes.

About the same time, I ran across the article “The Doomsday Investor” in The New Yorker. It is a profile of Paul Singer, whom Bloomberg has called “The World’s Most Feared Investor”. Singer is a high-stakes pirate. He finds companies that he perceives have some weakness and buys up a chunk. He then proceeds to do whatever it takes–and I mean, whatever it takes—to drive up stock prices, then pockets the proceeds. His record reflects nary a consideration of workers, communities, or overall value to the economy. He is phenomenally wealthy. (And, not surprisingly, is a massive contributor to the Republican Party; in the 2016 election-cycle he contributed $24 million.)

The New Yorker article makes the same point as I cited Senator Warren making in my last post: in the years since Ronald Reagan, business philosophy has come to accept the idea that companies exist solely to serve the interests of shareholders. Once this happens, companies take positions that can drive up stock prices in the short term, but are long run detrimental to the larger society. Reflecting on Singer, The New Yorker says:

Over time, this lack of long-term vision alters the economy—with profound political implications. Businesses are the engine of a country’s employment and wealth creation; when they cater only to stockholders, expenditures on employees’ behalf, whether for raises, job training, or new facilities, come to be seen as a poor use of funds. Eventually, this can result in fewer secure jobs, widening inequality, and political polarization.

In short, the situation that now marks American society. 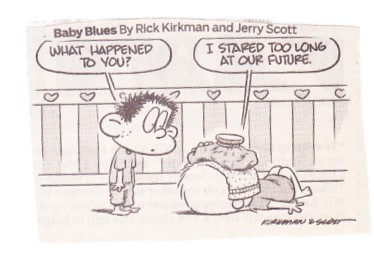 The connection between these two articles seems obvious. We have a relatively small group of investors making stunning amounts. Some off nothing more than the manipulation of stocks and prices, providing no value and probably weakening the long-run potential of the economy. Others, who, while actually providing goods or services of communal value, have become so rich and powerful that they have an outsized impact on the future of society—not only because they have so much money, but also because the nature of their enterprises directly shape the future. (Think how Bill Gates, Jeff Bezos, the Waltons and other less well-known capitalists influence every aspect of our lives through what and how they sell us.)

The question, then, is who is going to control the future of work? Do we really want those choices to be shaped by business elites who accept the notion that businesses exist primarily to make money for their owners?

Unfortunately, it is not obvious what other formulation actually works in our society. If Amazon changed the nature of its business, wouldn’t Walmart try to undercut them? And, in fact, the world doesn’t stop at international borders. If Walmart couldn’t take over from Amazon, Jack Ma and Alibaba (the Chinese equivalent of Amazon) is there to take over. Alibaba is already a player in American markets and they will play tough. Ma said in a letter to employees when they entered American markets:

Lying behind the massive allure of the capital market, there is unparalleled ruthlessness and pressure. In this market, only a small number of outstanding enterprises can maintain a gallop.

It is important to remember that, while we may disagree with the way the elites structure the choices, it is still the case that market choices make a difference. Walmart continues to thrive because so many people choose to shop there. Conversely, it’s safe to assume that if they unliterally decided to raise employee wages significantly and stop hammering their suppliers so mercilessly, some people would stop going there.

If they had an alternative.

Which is why it is so important that as a society we stop pussyfooting around the idea that markets will not self-regulate and create appropriate checks and balances.

Democrats currently have a hard time bringing themselves to be clear about this. Understandably, they suspect that if they are too open in their willingness to interfere in markets, it will hurt them at the polls because large parts of the population don’t want to admit that, however obvious it has become. Not to mention what it might do to their fundraising.  (Bernie Sanders showed that it may be possible to fund a campaign on small dollar donations; but it sure is harder and less certain.)

Which brings me back to the role of unions. Unions served as “balancers”. When union membership was over 30% of the workforce–and union families voted together—it was more than half of the voters. It made owners listen to unions. And was certainly more than enough to keep the Democratic Party sharply focused on economic issues. Democrats may have had to avoid being “communists” but they still had an unambiguous mandate to make sure that capitalism didn’t run wild.

Moreover, union membership—at least in many unions—gave people a sense they were involved in controlling their own lives and that carried over to other aspects of democracy. Union membership also created, albeit varying from time to time and place to place, a sense of solidarity that made them more disposed to communal sacrifice if the benefits for their brothers and sisters were clear enough. The current degree of inequality dampens both impulses and replaces them with rage and resentment.

If our society is going to be guided into a future that nourishes workers and thinks carefully about the distributive impacts of policy, it is going to be because some group forces that. The rich guys aren’t going to give us an alternative version of the future, even if some of them have generous foundations and vote with us from time to time.

For better or worse, it’s hard to imagine a re-emergence of unions as the organizing force that gets to a future not controlled by the Paul Singers and Jeff Bezos. If we want a different future, we need constructs that replicate the roles of unions—creating a coherent Democratic party committed to addressing economic inequality supported by an engaged electorate that understands that the work at hand will require sacrifices.

Can this be Indivisible-style, disaggregated, internet-based organizing? Might unions figure out different ways of organizing service workers and forge functioning coalitions with their historic membership? Will the various minority organizing groups invent ways of turning out the vote in their communities? Will the disparate element of the Democratic Party settle on a common vision of how to achieve economic justice? I haven’t a clue. I can think of reasons why one or all of these work and reasons why they won’t happen.

We’ll have to see. But it does seem to me that the current overall strategy of the Democratic Party—college educated and minorities—is not exciting the kind of solidarity that unions did in the 50’s. There are lots of reasons to not want to go back to the 50’s, but unless we recreate the physics of that period, we will be at the mercy of the investor class, who have all momentum on their side. 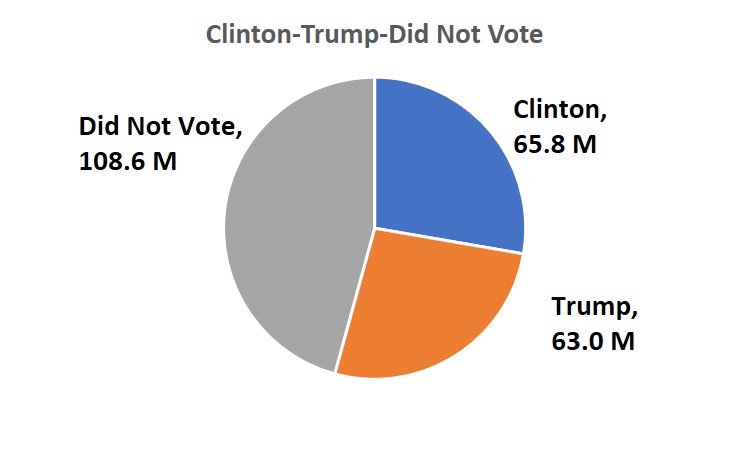