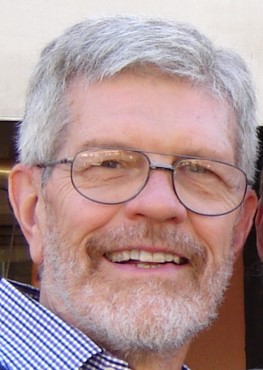 When I was in graduate school, one of my housemates made me a sampler that said:

Some people think that is because I am oppositional and others say I am pessimistic or cynical.  While I don’t claim to be immune to any of those strains, not surprisingly, I think I see things as more complicated simply because they are complicated.  I experience most of life as a choice among imperfect options, with many factors weighing for and against each option.  And even then, the pro’s and con’s are really only different probabilities, so things can slide around like a bucket of fish.   If only President Trump had asked me, I would have warned him that not only is health care complicated, but every single issue he faces is devilishly complicated and all options have downsides.

Perhaps most people experience life that way, but aren’t as devoted to verbalizing the imperfections as I am.  Fair enough.  But note that for all my concerns about the imperfections of options, I rarely have a difficult time making a choice.  I just can’t shake the feeling it’s an imperfect choice and even if one arm is more likely better, there are arguments for the opposite.

That is the spirit in which I have undertaken Between Hell and High Water.  It will be my opportunity to offer observations on navigating among the complex obstacles in politics and policy.  It will not feature simple solutions.  Rather, it will try to tease out how politics and public policy must take account of the complicating factors in all policies if we want to create more progressive options.

The title alludes to the movie Hell or High Water, which was released in the summer of 2016, before Trump was elected.  The movie is a topsy-turvy affair where the audience sort of winds up rooting for the criminals because they were getting shafted by the bank, even though they were clearly criminals—a point the movie poster tries to slide over with the tagline “Justice is not a crime…”

And this is the point of this blog.  It reflects that the choices we have to make are not simple, but require us to somehow thread the needle between hell and high water.  After all, everything is more complicated.  Always.

My career has been in health care policy and administration.  But it has also always been on the fringes of politics.  My first job out of graduate school was conducting an evaluation of the Illinois Medicaid program for the Illinois Legislative Budget Office.  In the following 40 years, I have been a health care provider, a researcher, a teacher, a regulator, a consultant and a payor.  The biggest part of my career was 24 years as Vice President of Planning for the University of Chicago Medical Center.  I retired from there in 2008, but in 2010 was asked to implement the ACA Medicaid expansion in Illinois, which kept me busy for another 5 years.

For questions or comments on the blog, you can reach me at mkbetweenhellandhighwater@gmail.com