Last week’s post described two fundamental problems with the Republicans’ concepts around the health enterprise.  Taking on these misconceptions directly, I believe, leads to two equally fundamental steps we must take if we are ever going to get this even close to right.

Republicans make two fundamental mistakes about health care—they think it can be addressed by conventional market strategies, and they think poor health is at least partially a moral failing.  Standing each of these on its head, however, outlines two important ideas for fixing our health care system.

We need to start with the understanding that our current system is utterly unsustainable.  It is, by a huge margin, the most expensive in the world.  Worse yet, it continues to grow faster than the overall economy, choking out other critical uses of public funds.  It does produce good results, in some cases very good results.  But it also has some gaping holes and by no objective outcomes assessment is it the best in the world.  Its quality is indisputably not commensurate with the price differential and it is full of discrimination.  It is no great bargain. 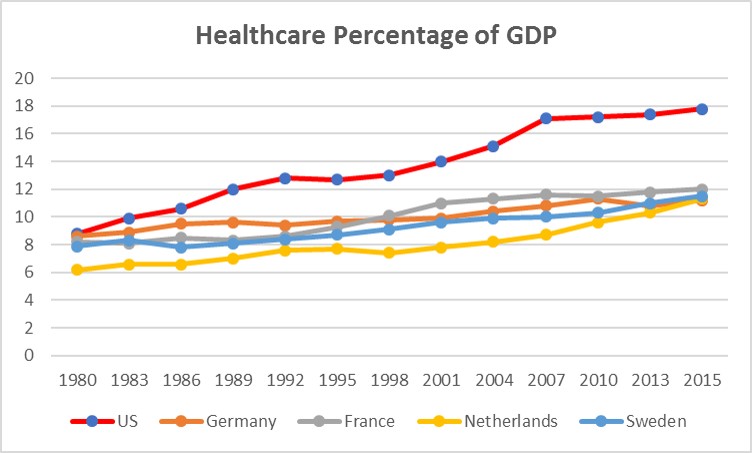 While this may sound axiomatic to most of you, it’s anything but.  As a society, America has resisted the idea of health care as a right.  America is only belatedly, and through a twisted evolution, backing into acceptance of this idea.  Unfortunately, much of the infrastructure of our health care system was built on resisting the concept.  Maintenance of many of these measures serves little purpose other than to avoid admitting that we have reached a virtual acceptance of healthcare as a right.  We would be better off if we focused our attention on making the actual provision of health care as efficient as possible rather than trying to create increasingly contorted “market systems” that don’t fit circumstances as they have become.

If we recognized that everyone is entitled to a predictable level of health care in a much less contingent nature, we could plan for that.  This will be good for individuals, providers and insurers.  In the absence of that, there are insufficient, often conflicting, incentives to thinking about longer-term health costs.  Or to thinking about the host of second order impacts on related systems, like distortions in the labor market.

As it stands, huge amounts of health care dollars disappear into the cracks between coverage, the stutter-steps of entering and leaving markets every year, and the need to constantly re-invent all relationships with healthcare providers.  This is at its worse with Medicaid, which now covers about 20% of all individuals in the country, including many of the most vulnerable.  In our eager quest to make sure only those who are sufficiently poor receive Medicaid, we yo-yo a large portion of this population on and off Medicaid making the concept of continuity of care a joke.  Some of the additional costs get picked up by Medicaid later because expensive treatment is needed, some are eaten by providers (later passed on to others), and some just result in sicker Medicaid clients.  It is impossible to see the real benefit here.  If we want to reduce health care costs, we need to focus on the health care itself instead of spending so much effort deciding who’s eligible for what.

I would point out this is not the same as simply saying “single payor”.  And I’m not suggesting insurance companies are going to go away or this is going to make all health care available to everyone all the time.  All I am suggesting here is that we start out planning that every citizen will always be covered by a predictable level of health care and plan our systems—including the actual systems of care provision—accordingly.

Frankly, I have no idea how the Republicans can get themselves to accept this.  But they should.  Making health care a right is not just a moral issue.  It is, paradoxically, one key to controlling our runaway costs.

We Do Need to Pay Attention to Individual Behavior

Individual behaviors are really—really—important factors in health and disease.  We need to address the role they play.  The Republicans have made this harder with their tendency to treat “individual behavior” as a moral marker.  Republicans can apparently get away with seeming to blame the victim; Democrats can’t.  The discussion is further muddied by the plausible suspicion that “individual behavior” is code for “African-Americans and immigrants”, even though a boat-load of recent research is showing that much of the worse damage is being inflicted on poor and working class whites.  And if that isn’t enough, lobbying groups with huge economic interests who support protecting health benefits generally—pharma, hospitals, device manufacturers, specialty physicians—keep the focus elsewhere.  As a consequence of these various strains, there is insufficient political oomph behind working notions of how to actually change individual behavior.

While there is a lot we don’t know about how to get people to behave in healthier ways, there are many things we do know.  We need to start with those.

All of these suggest that, as clearly important as “individual behaviors” are in influencing health outcomes, we are going to a need a different approach to addressing them than is currently the case.  We need to figure out what is the right approach and not let the Republican inappropriate use of “individual behavior” cause us to lose sight of what needs to be done here.