As I noted in the last blog, I am skeptical that we can save a lot of money at the end of life. If that is our primary goal, I think we are likely to be disappointed—and might well wind up further reducing quality of life. I believe the goal should be improved quality at the end of life without spending more. That may be attainable. Not that I have neat solutions that would readily translate into a compelling legislative program. Rather what I am seeing is two, kind of fuzzy thought clouds, in which various approaches reside. These can be summarized as encouraging different attitudes and more aggressive palliative care. END_OF_DOCUMENT_TOKEN_TO_BE_REPLACED

In virtually every conversation I have about health costs, someone says:  “But isn’t the real problem all the money we spend in the last year of people’s lives?”

First, end of life costs do not explain America’s uniquely high healthcare costs. The distribution of American costs by proximity to end of life is no different from other developed countries, if anything lower as a percent of costs. America’s costs are high for other reasons. END_OF_DOCUMENT_TOKEN_TO_BE_REPLACED 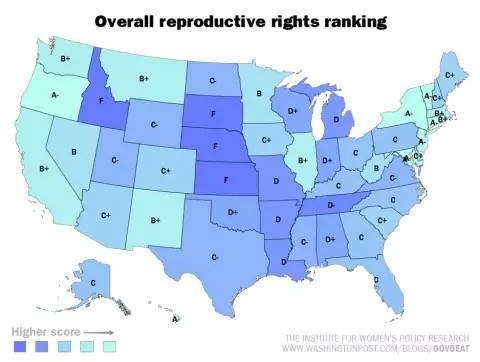 While the pattern isn’t perfectly consistent, it is clear enough. The former Confederacy, joined pretty consistently by a band of states up the middle of the country to Canada, Indiana and Arizona have a different set of values than the reminder of the country. (Kansas was a slave state although there were no slaves there, Indiana home to the Ku Klux Klan and Arizona broke away from New Mexico on the idea it would become a slave state.) Wisconsin and a few other Rust Belt states often join them, although their orientations have floated more over time. END_OF_DOCUMENT_TOKEN_TO_BE_REPLACED

Without question, slavery was America’s original sin. But right behind that in the sin category was the Democrats’ 100-year affair with the conservative South. Democrats argued that the alliance allowed them to pass laws, opposed by Northern Republicans, that improved the economic lot of American workers. True—but mostly for white workers and, largely by accident, some black workers who had made their way North. For that, Southern Democrats were allowed to continue their backwards, racist social order at the state level.

Proof of what was important to the Southern Democrats was readily found when Lyndon Johnson and Northern Democrats tried to extend those gains to black workers. The South turned solidly Republican quicker than Richard Nixon could say “states’ rights”.

To be sure, the current cultural wars are not solely about racism and are not limited to the South. But even the most cursory review of the history of post-Civil War America shows that cultural values are deeper than any nominal loyalty to political parties or the policies they ostensibly stand for. The Trump phenomena has proved that again. The vast bulk of the Trump base has no more loyalty to the Republican Party than Dixiecrats had to the Democratic Party. Their loyalty is to a way of life, one that is as unfathomable to me as I presume my way of life is to them. There is no respect in either direction. END_OF_DOCUMENT_TOKEN_TO_BE_REPLACED

This post wraps up, at least for now, my on-and-off again posts on what I consider the three most pressing issues facing us—inequality, the environment and the nature of work. Since I think these are the most important issues for our time, I am sure I will return to them. But before I jump to other topics, I wanted to make sure the connections among these three issues were spelled out, especially given the fragmentary way in which I have posted them.

To me, these are not separate issues that can be addressed independently. One of the many reprehensible things about current Republican positions is that they set these issues against each other—attacking environmental standards claiming it is necessary to create jobs, or suggesting that increasing inequality actually creates jobs. END_OF_DOCUMENT_TOKEN_TO_BE_REPLACED

My last post returned to the evolving nature of the labor economy and continued to argue that we needed to change the overall framework in several respects.  This post continues that line of discussion.

In theory the American economy is at one of its lowest percentages of unemployment in recent years. But there’s an appropriate reluctance to celebrate too much. It doesn’t feel like America is at full employment because we know that simply having a job is no guarantee of making a sustainable wage, that a material number of people have withdrawn from the labor force, and that there are imminent threats to automate or offshore more jobs.

One can think of incremental responses to each of these issues separately but the problem may be more fundamental. Why should we expect that the economic framework that got us to this situation is likely to get us out of these concerns? END_OF_DOCUMENT_TOKEN_TO_BE_REPLACED

I am resuming my series of posts suggesting that the biggest problems facing the world are mitigating inequality, protecting the environment, and reconceptualizing work. In the last post I made before my fall break, I argued that the historic capitalist view of jobs was outdated. https://betweenhellandhighwater.com/2017/09/08/reconceptualizing-work/   This post returns to that discussion.

My first formal empirical activity was in 1956 when I clipped a series of articles in the St. Louis Post Dispatch about what life would be like in 1980 with the intent of keeping them for evaluation in 1980. I carried out my plan. This led to a more general interest in evaluating the accuracy of various futurecasts. Over the years I have developed several generalizations about futurecasts.

This is the context in which I look at claims about the future impact of automation. END_OF_DOCUMENT_TOKEN_TO_BE_REPLACED

Between Hell and High Water
Blog at WordPress.com.